Autmun on the coast 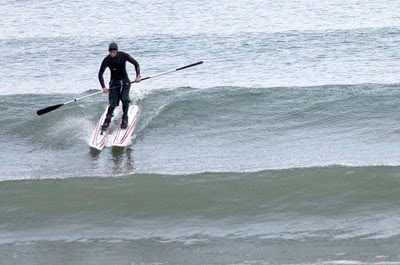 After a wonderful summer in Burlington Bay and on Lake Champlain, the transition to fall has us keeping an eye on the Atlantic Ocean for spikes in the surf report. We've seen several Vermonters making the trip to NH already, and comfortably suited up in the thick neoprene, we look forward to a full autumn of surfing and skiing :) With a summer of training on Champlain under our belts, it's time to step up the game. 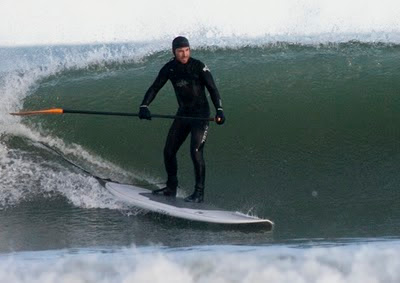 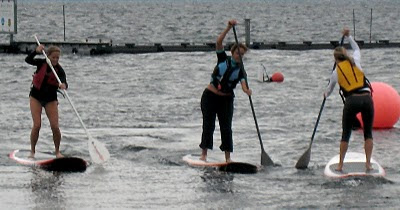 The second annual Stand Up for the Lake fundraiser event at the Burlington Sailing Center was a free-form race/relay with a good mix of seasoned Stand Up Paddlers and folks newer to the sport. With a strong wind from the south, five wide, and tight buoy turns, the races took a little bit of a boatercross feel — just a friendly amount of angling and banging.
Thanks to the Sailing Center for putting on a fun event. Great to see Vermont's stand up community coming together!
Posted by jason at 5:36 PM No comments:

September and the weather's changed a bit, at least temporarily. The north wind came through at about 30 mph Saturday and cleared the heat and humidity right out. This was the same day Hurricane Earl was sideswiping the East Coast and throwing out some sizable swell for the Atlantic surfers.
The wind was doing the same for us on Lake Champlain, and all the north-facing beaches were, as they say, firing. I've never seen 5-footers on the lake before, but there they were, racing toward shore. I was stunned by how fast they move pushed by a 30 mph wind.
It was a challenge getting out on the SUP boards, fighting the wind and the breaking waves with no more than a few seconds between them. But a good handful of us worked it, and were rewarded with fast, long rides and nice turnable faces. It's a treat, this inland surfing ... saves the 3-hour-each-way trip to the coast.
Hoping for more ... And hoping to get pics and vids of it next time.
In the meantime, we've been gathering the Champlain summer sunset suite of 2010, and here's the latest and one of the best. 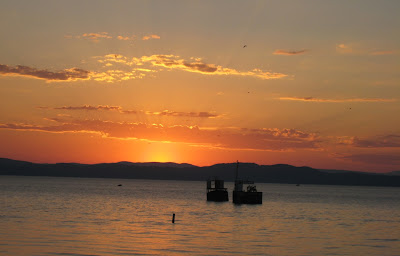