Standing Up for America (on the Fourth)

If you tweet long enough you find it hard to string three sentences together. But we're going to try to get back into blog form because July Fourth weekend 2011 was both a celebration of America’s B-day and a celebration of all the great ways to Stand Up Paddle in Vermont — it’s a story that deserves to be told in long form. 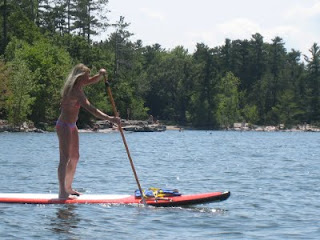 Saturday (July 2) was glorious in the Lake Champlain valley, and there was so much pent up longing for summer after our soaked spring that the water was full of SUP boards, boats and smallcrafts of all kinds. 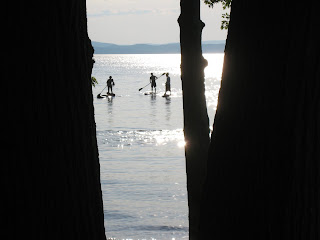 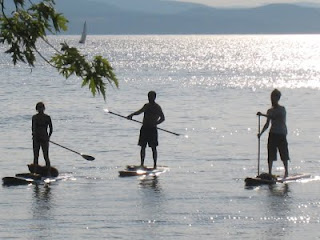 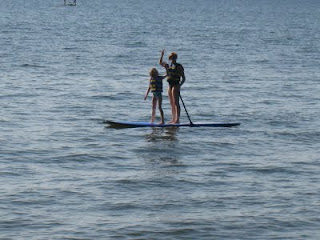 We did have some weather delay Sunday and it allowed us and our mascot Manny some down time while the showers passed. We used the time to continue setting up our humble shack/Vermont surf shop for the season. 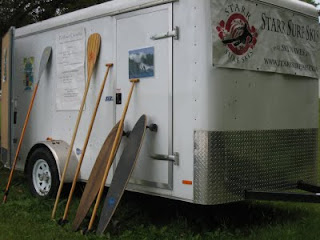 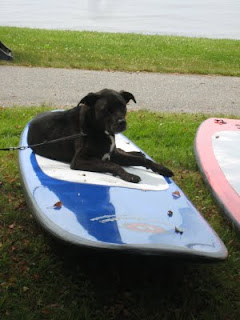 The unsettled weather made for an unreal fireworks display over the Burlington skyline as a dry, cloud-to-cloud lightning storm became the backdrop for the annual Burlington fireworks show. It was tremendous and something no one watching had ever seen before.

The holiday itself had us taking a maiden Stand Up voyage down the lazy Mad River out of Waitsfield. We were too busy having fun to take pics. Trust us, it was a blast and we finally found the best and highest use for our green kayak-style plastic board. The thing is bullet proof and handled the Mad’s shallow sections without a second thought. 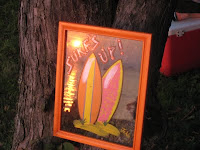