-->
It didn’t take long after I moved to Vermont that I was presented with the reality of the Champlain Islands. You’re telling me there exists an archipelago on Lake Champlain that borders Quebec, New York and Vermont's mainland with hundreds of miles of shoreline and a quiet, lush landscape that is just 20 miles from downtown Burlington and is affectionately called “The Islands” by northern Vermonters? 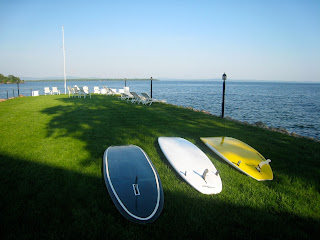 The Champlain Islands’ gravitational pull has tugged me ever since. The whole concept of a series of island towns lying in a sunny sovereign zone amid the Champlain waters captured my imagination. When I starting exploring Vermont on a Stand Up Paddleboard, a visit to the Champlain Islands was tops on the list.


It’s taken a while, but we finally pulled off a trip to the island town of North Hero last week, launching from City Bay with a view of Knight Island State Park in the near-ground and Vermont’s highest peak, Mount Mansfield, above in the distance. 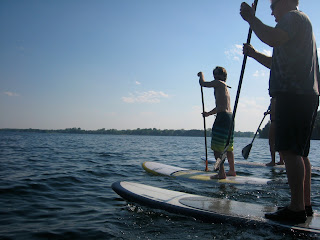 One unique aspect of paddling here is that, while you are in Vermont, you are looking east, toward the Green Mountains. The rest of Vermont’s Champlain shoreline faces west offering New York Adirondack views. The islands offer those too, but we launched from an east-facing bay and had the northern part of the Green Mountain State as a backdrop.


With water being such a huge part of the Vermont Island lifestyle, Stand Up Paddleboarding is poised to be as big a hit here as it has become everywhere else. Why not? Island-hopping on a paddleboard, endless shorelines, lush greenery, mountain views, coves and bays. SUP was seemingly made for this place.


The North Hero House Inn is starting things off with a program of Stand Up Paddleboard rentals, lessons and guided tours. Check out this uber-romantic Vermont spot at www.northherohouse.com. 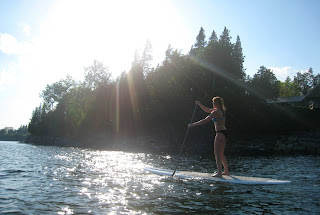 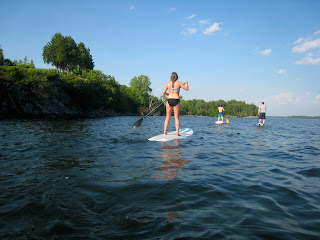